Ah the gift that never stops on giving, good old man made climate change got a boost from the latest IPCC report which has been touted as ‘code red for humanity’. Now where have I heard that before?

And so on, and so on. We had “Ten years to save the Earth” back in 1989. Whatever happened to that ‘tipping point’? There was “A hundred months” . Don’t take my word, here’s an article containing a compendium of these hyperbolic claims.

North pole ice still there? Er….. actually yes. Polar Bears? Doing nicely thank you. Antarctica? Still very cold. No real ice loss. Is Iceberg alley still active between Labrador and Newfoundland? Damn straight it is. Even at midsummer, last time I was up at L’Anse Au Meadow. Bergy bits in the harbour and big flat topped bergs you could land light aircraft on off in the distance. Just in case some of you don’t believe me Here are a few pictures from late June 2017.

My first ever berg sighting, a grounded growler, seen in Ste Genevieve Bay. I was so excited I took a picture of our wing mirror.

Then some ‘Bergy bits’ grounded inside St Anthony’s Harbour, south of L’Anse Au Meadow. The smallest are ten feet across.

Oh, and this fifty metre square specimen grounded berg pictured just outside St Anthony’s on the same day. All of these pictures were taken on and around June 22nd, before we beat a hasty retreat southward. 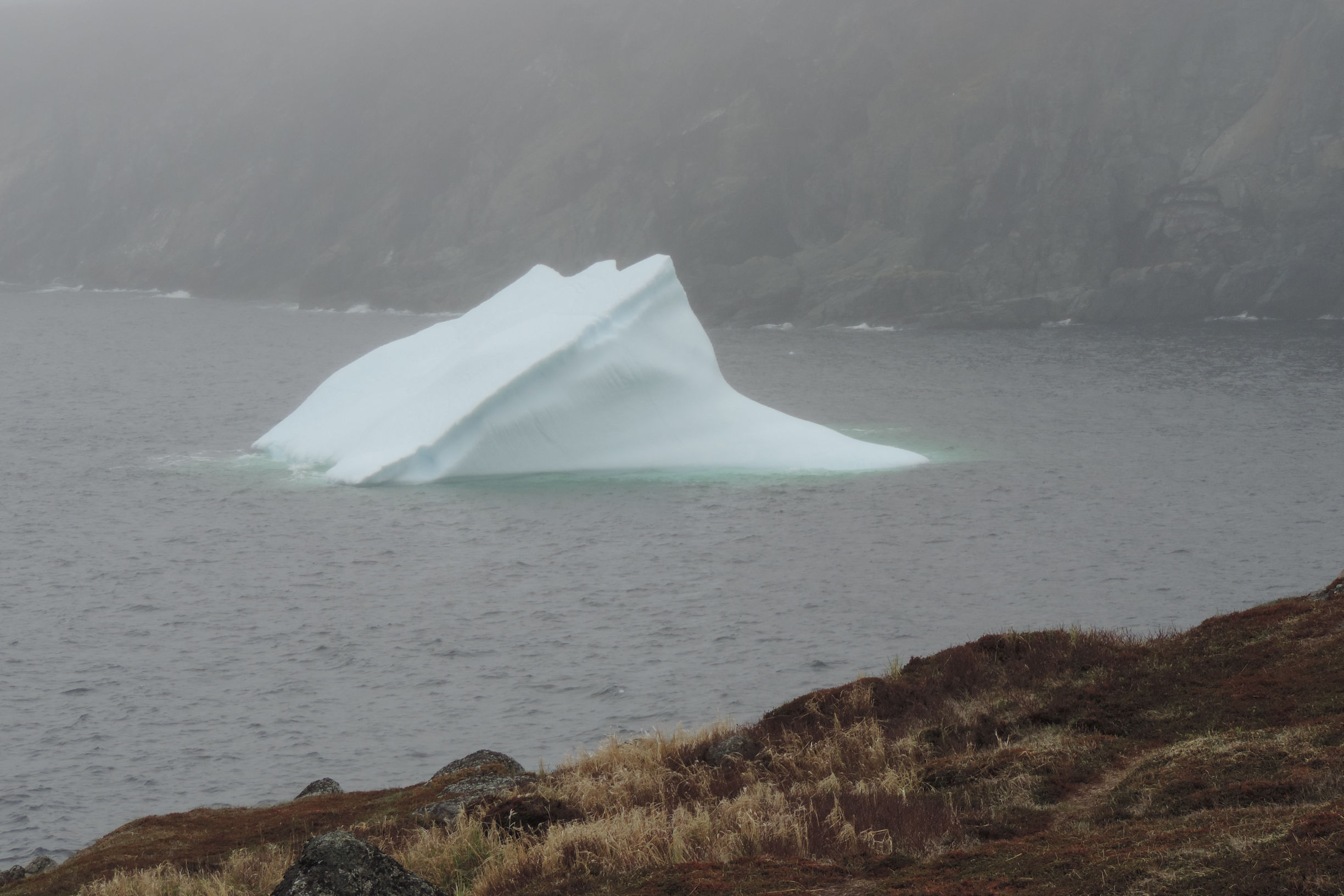 Now this is a thousand miles south of the arctic circle. In late June. A bumper year for wildfires in BC when we arrived home that August. So when anyone guffs off about the world being doomed and it’s all my fault, I will simply ask them how they account for my first hand observations that I can back up with pictures taken by me at a verifiable location.

By way of an observation, over the last few years I have been hearing of cold weather phenomena, particularly in the Southern Hemisphere. Indeed ‘South’ has recently reported temperatures as low as three Celsius in Sydney, Australia. All right, it is Winter down there, but we’re not doing much better here in the wilder west of Ireland. We had a ten day heatwave in July and today our thermometer has struggled to clear sixteen Celsius in early August. To the point where we had to switch the heating on.

So, are we doomed or aren’t we? I don’t think so, because we humans are good at adapting and surviving. We’re even capable of adapting our own environment like building houses to keep us dry and sculpting the landscape to keep us fed. Something the doom addicts don’t seem to be cognisant of. But if they fall for such an obvious con-trick as ‘global warming’ when it’s chucking it down, one might say they deserve all the misery they get. Although I’d rather they simply got on with being unhappy and just left the rest of us well alone.

Or according to Tony Heller of Real Climate Science, quoting Solzhenitsyn.