…goes the adapted saying – wear it  In other words, if it looks like a duck and quacks, it’s likely of the genus anatidae. So it is with the mainstream media. Be it the Trump – Russia collusion hysteria, or all the fuss over BREXIT and the Christchurch shooter. Nowhere have I ever seen so much conspiracy theory hogwash portrayed as fact by so-called ‘reputable’ news outlets. North of the border here in the not so frozen north it’s worse. The news media, apart from the National Post, who are kind of milquetoast Conservatives, is almost overwhelmingly pro Justine Trudeau.

Privately, the public at large are less than convinced. Hence this screenshot of a very accurate flowchart someone drew about the SNC-Lavallin affair, where the Trudeau Liberals literally changed the law to keep some of their mates out of clink. 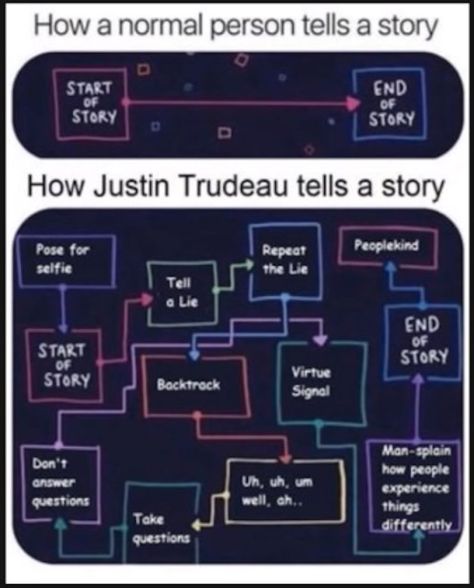 Quite apropos, n’est-ce pas? As they say in Quebec. Well, it made me smile.