Tonight I’m ferrying Mrs S to a work related potluck ‘Do’ downtown, and have promised to ride to the rescue with the promise of red wine and chocolate when she’s finally lost patience with the mandatory Vegetarian and teetotal catering these events seem to attract. Why vegetarian? I have no idea. Unless of course this is an experiment in social exclusion. Personally I’d give it a miss, or deliberately take sausage rolls, claiming they’re flavoured Tofu.  However, as these people are key to her job, Mrs S feels obligated to go.  So we’ll be raiding the Deli counter at our local Thrifty’s this afternoon.

For those of you not familiar with North American custom, or not residing in the not so frozen North, see the definition of ‘potluck’ below.

pot·luck
ˌpätˈlək/
noun
used in reference to a situation in which one must take a chance that whatever is available will prove to be good or acceptable.
“he could take potluck in a town not noted for its hotels”
NORTH AMERICAN
a meal or party to which each of the guests contributes a dish.
“a potluck supper” 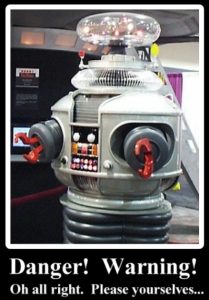 Notwithstanding….. Danger!  Warning, warning Will Robinson!  Incoming Asteroid Alert!  Well kind of.  Possibly.  Maybe.  Not really.  Which might come as a reason to forgo the dubious delight of an evening of enforced vegetarianism.  If only said astronomical event was happening this evening.

What’s actually true is asteroid 2013 TX68, a hundred foot wide (All right, 30 metre) piece of space rock is due to pass, at closest approach, 0.044 Lunar Distances or 0.00015 Astronomical Units and change from Earth, which works out around about 14673.322 Miles between March 5th and 8th 2016.  At around 14.5 metres per second.  At least according to the NASA small body database.  Wikipedia quotes 0.06 Lunar Distances (12,000 km; 7,400 mi). Which is quite close.  Very close by astronomical measurements.  An impact remains a distinct possibility.

Now the orbital data is well known, but what we don’t know is the density if 2013 TX68 does take a last second detour into, rather than past dear old planet Earth.  Which can be the difference between the firework display of a bolide type detonation in the atmosphere like the Chelyabinsk Meteor (Of which 2013 TX68 is twice the size) in the case of porous or even dense rock, or an unsightly crater in someone’s back yard around eight hundred and fifty metres across if it’s a nickel iron body.  Which can play havoc with the Crocuses and ruin that nice rockery you’ve just put together.  However, if you’ve always wanted an ornamental lake or waterfront property opportunities in your neighbourhood, then this is the asteroid impact for you.  Although local real estate prices might take a bit of a dive in the immediate aftermath.  I try to retain a positive outlook, and am inclined to think that with the right financial planning, doomsday can be converted into financial boomsday.

For those so inclined, you can have endless fun scaring yourself silly with Purdue University’s asteroid impact calculator here.

If you are planning to miss this specific apocalypse not by pulling a sickie, please be aware that 5th March 2016 is a Saturday.  The good news, for a given value of ‘good’, specifically for those at the point of impact, is that you won’t have to worry about Monday mornings any more.

Planning on having a lazy day to myself.