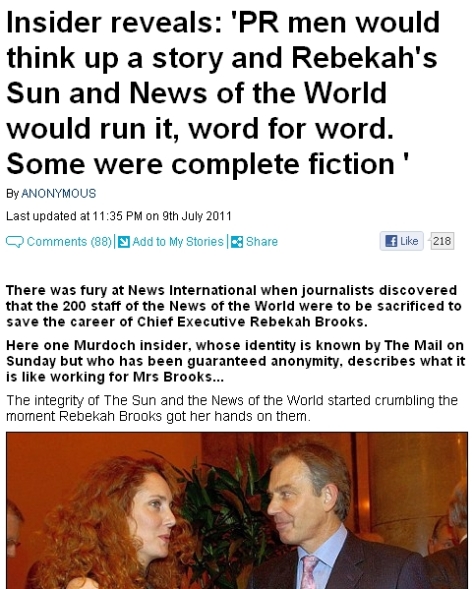 Don’t normally read the Fail, but look at who Ms Brooks is cosying up to. Every screengrab tells a story. No doubt substituting Camerloons face would tell the same story. Tip of the virtual Panama to EU Referendum for the headline. Certain parts of the UK media have been far too cosy with Government. By their complicity, I would contend said sections of the media have indulged in the same treasons against the British people that Blair and Brown have.

You know, little things like selling their great grandchildren into debt, dooming the next generation to energy poverty, and taking away what little sovereignty they had. I know it wasn’t much, but as far as the various politicians are concerned, it wasn’t theirs to give away.

Blood and sand. It’s enough to make a man want to start reading the Grauniad. Although my advice would be not to hold one’s breath waiting for that to happen.

2 thoughts on “This explains a lot”